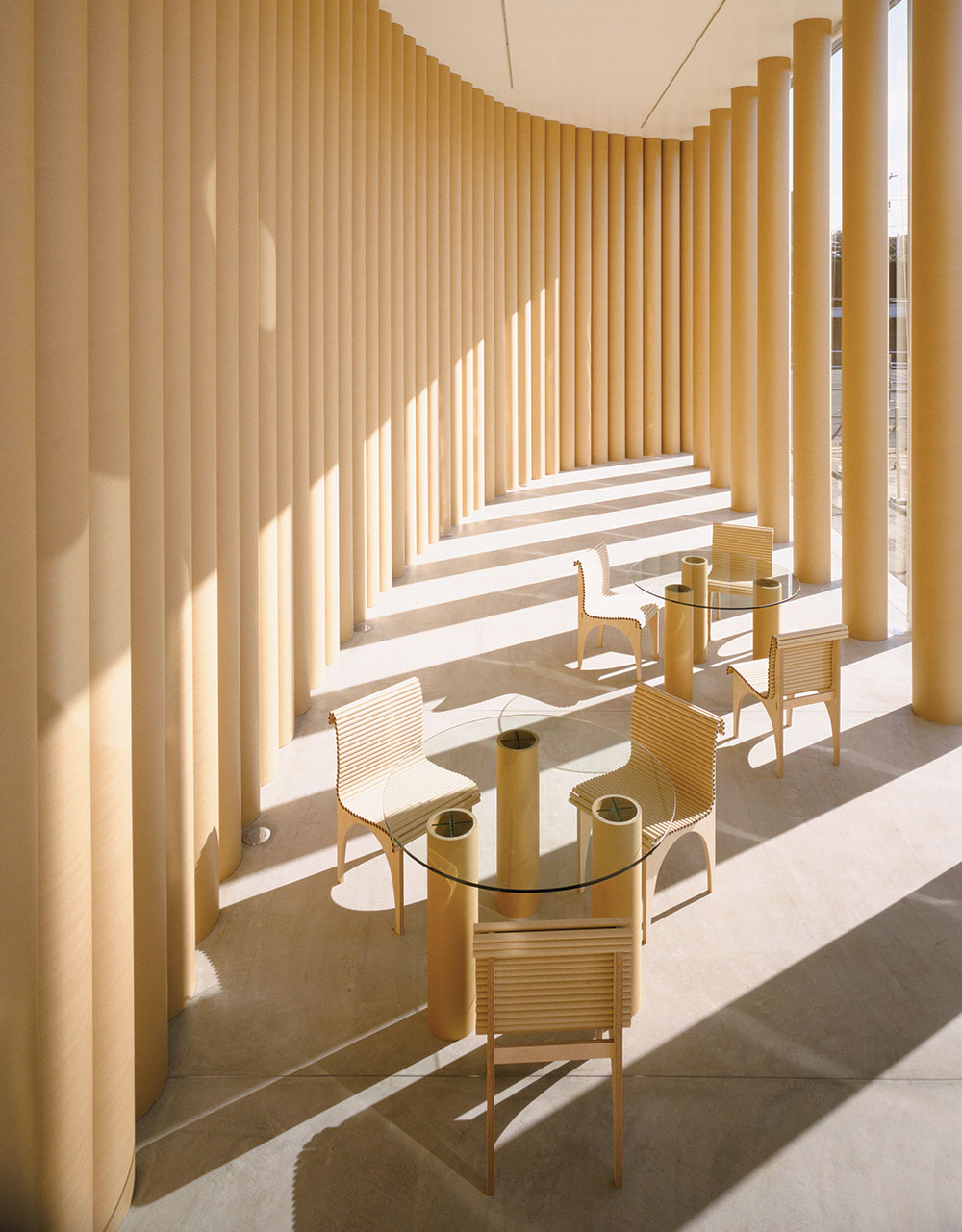 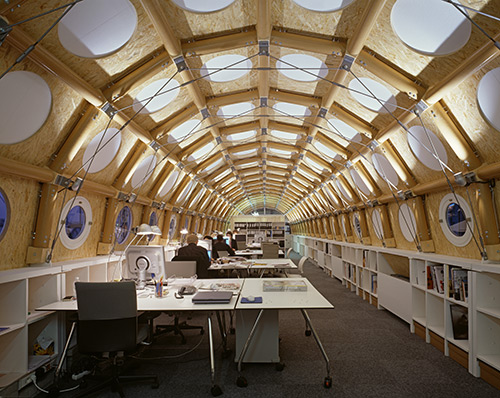 Ban is also known for an ongoing series of experiments with the idea of constructing buildings out of paper—or more precisely, out of strong cardboard tubes. For fashion designer Issey Miyake, Ban created a temporary display facility whose roof was supported by tall paper columns. He also constructed the Paper Temporary Studio, which sits atop Paris’ Centre Pompidou and once served as a workspace for Ban’s team while they were working in France.

All artist’s renderings are for representational purposes only and subject to variances. Finishes, appliances and furnishings depicted in artist’s rendering are not necessarily indicative of what is specified in the offering plan and not all items depicted in artist’s rendering are included in the final product or apartment purchase. Sponsor has provided these renderings for the purpose of presenting prospective purchasers with possible views from certain Units within the Building when they are completed. Sponsor cannot guarantee the view from any specific Unit nor can Sponsor warrant whether any such view will be modified based upon future construction or demolition in the area. Units will not be offered furnished. Furniture layouts shown are for concept only and are not coordinated with building systems. Sponsor reserves the right to make changes in accordance with the terms of the Offering Plan. The complete offering terms are in an offering plan available from Sponsor. File No. CD13-0172. Sponsor: 361 Broadway Associates Holding, LLC. 68 Thomas Street, New York, NY, 10013. Equal Housing Opportunity.